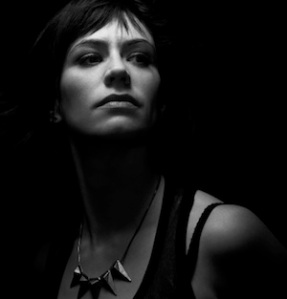 This week’s episode, “Huang Wu,” brought Tara closer to the edge. In the beginning we saw her as the smart, timid doctor who fell for the town’s hottie bad boy. I mean who can blame her, he’s hot, but all the red flags were waving around his head and she failed to see them. Now she is the step-mom to his first child, had a baby with him and has almost lost her job and life on numerous occasions.

Tara wants out as we have seen in previous episodes. Gemma has always been one to fight for her family at all costs, playing dirty at every corner. Now Tara has learned from the best on how to be the perfect old lady.

Jax realizes that she wants a divorce and the fact that he now knows the truth is looming over her head. She even goes so far as to run over Juice’s bike and she packs a mini-pistol in her purse for assurance because she is so afraid that they will take her out. She also tries to offer information to the DA, but she is turned down, the offer no longer stands. 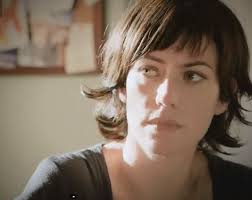 We feel so bad for her, yet at the same time she did this to herself. I have a hard time feeling sorry for her and at times I find myself rooting for Gemma instead.

Meanwhile, the Italian leader wanted to meet with the SAMCRO and the Chinese to discuss the gun distribution ring slash business they have going. Galen interrupts by shooting down some of the Chinese, insisting that he had to make that type of a show in order to prove his point. The Irish were never going to go in business with the Chinese to begin with, this is very usual in the world of Jax Teller. Things always go wrong and people get shot.

Feeling down and destitute about Tara’s actions, his attempts at foiling the Irish, Jax turns to the brothel mistress for some extra special love. To which Tara walks in and finds them both. She shows him the gun and he knows she is a loose cannon at this point and can use it on him. She tells him, “You did this to me.” 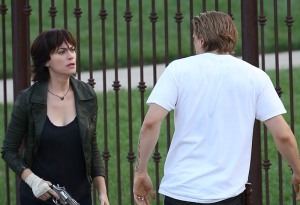 Yes, Jax did do this to her, but like I said from the beginning she knew what she was getting herself into when she took on the role of his old lady.

Jax also makes the final deal with the DA, to deliver Galen in the next 48 hours. Will he be able to do this or is there something going on behind his back that will not allow this to happen?

Henry Lin, head of the Chinese comes back for revenge and ends up making a deal with SAMCRO. They want to be present at the Galen’s next drop off. He takes Happy as insurance, who honestly couldn’t be happier chained to a rod, eating Chinese food and watching cartoons. LOL. 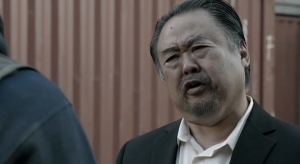 The show ends with a shot of Jax fixing his bike with a baby monitor next to him. Not only is he a powerful, manly man biker, he is also the father who has to watch over his family. He has obligations to both sides of his world; the problem is choosing which one is more important.