Lots of new movies and shows are coming up in the next few months. Here are a few ones I am excited to check out.

1. American Hustle: Looks like a mix of Boogie Nights meets Casino with a jaw dropping cast set in the 70’s about Jersey powerbrokers and the mafia. Bradley Cooper with an afro, Jennifer Lawrence with a fur coat, Christian Bale with a comb over, enough said, I definitely want to see this. 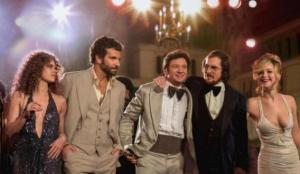 2. The Hunger Games – Catching Fire: I read the book, saw the first one, I need to see this! The games are going to take place in water this time around, excited to see how this will turn out on the big screen.

3. Out of the Furnace: Another Christian Bale flick, this time with Casey Affleck and Zoe Saldana, a tale of brothers who live in a poor, rural Northeast town. Produced by Leonardo Dicaprio and Ridley Scott this is a must see. 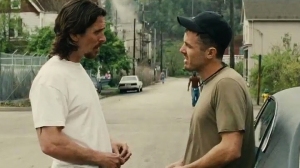 4. The Wolf on Wall Street: From Martin Scorsese, starring my future BF Leonardo Dicaprio and Jonah Hill. The movie is based on the true story of NYC stockbroker wealthy Jordan Belfort and the rise and fall of his notorious money making schemes. The film is set in the 80’s and has everything one could hope from a Scorsese movie. Sigh Leo looks hot in this movie, that’s my real reason for wanting to see it. 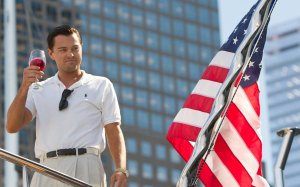 5. Downtown Abbey Season 4: The show returns in January. I am obsessed with this show and I cannot wait for it to start. What will happen with the Crawley’s after everything that happened last season.