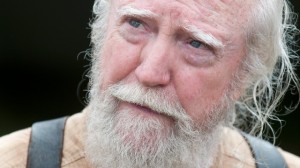 This past Sunday night’s episode, “Too Far Gone,” was probably the most explosive, stressful, frightening and water-cooler worthy episode thus far on the show ever. I must have cried myself to sleep and it took me a few days to even bring myself to write about it.

For the past two episodes, the story has been primarily focused on the Governor and his new team. Compromised of his new faux family and Martinez’ old camp. At one point, we even began to feel for the Governor and see him have real feelings, but slowly and surely his true evil side came back and there was no room in our hearts for sympathy.

He instructed his new team, that they would be taking over the prison, as it would provide a good place to set up camp and have a safer shelter than their make shift RV homes. It was evident that some, like Lilly’s sister Tara, didn’t one hundred percent agree with this decision. In reality neither she, nor anyone else had a choice in this matter. They would have to join him in his fight or else there would be no place for them.

The Governor tells the team that these people who live at the prison are evil and murderous; in fact he says they killed his daughter. This only furthers to drive the cause, armed and ready they take stance outside the prison fence. 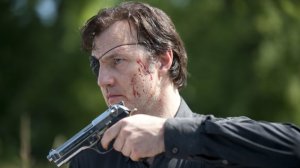 Meanwhile brewing inside, Rick talks to Daryl about the Carol incident and it is obvious that Daryl is not happy about this and wants to confront Tyrese about it as well. When they go to see Tyrese, he has stumbled upon some type of weird rat hole that he assumes was done by whoever killed his GF. Oh boy, but really this is not even an issue, they have bigger fish to fry.

All of a sudden, a boom goes off outside and the Governor confronts Rick and gives him his ultimatum. OK here’s the clincher, he found Herschel and Michonne outside and took them hostage. He makes them kneel, guns to their heads, in front of the gate to coerce Rick into buying into his plan. He tells them that they have the choice to leave that night or they will come in and kill everyone the next day.

Rick tries to reason with him as much as he can, tells him they can live together. Yes, they have had their issues in the past, but they can do it this time and everyone can be safe.

Back at home base, Lilly and Meghan have settled in by the river bank, where the Governor said that no walkers would harm them because they do not like water. To which Lilly says, “hey why don’t we just live by the water,” but the Governor goes around her question. Really if it was that easy everyone would be living by the water, that’s what I kept thinking. Lilly sits on top of the RV like Dale from previous seasons, watching for walkers, she sees one and guess what it starts to cross the water.

The whole time I was sitting there pissing my pants because Meghan was on the ground playing in the mud making mud pies. Woman! Get your butt off the RV and go get your kid. It reminded me of Brody in Mallrats, “Lady get your kid off the escalator, do you know how many kids die every year from escalator accidents.” Seriously, instead of watching Meghan, she was too engrossed into realizing that the Governor is a liar. The walkers can “swim” or whatever it is, waddle, float across the water. They are not safe.

All of a sudden a walker’s hand comes through the mud and gets Meghan. OMG OMG. Seriously another child dying on this show, I was so devastated and really Lilly is an idiot. In one sense, she reminded me a lot of Carol, weak, naïve and now has a lot a daughter just like her.

Meanwhile back at the prison, Rick continues to try to talk sense into the Governor. He tells the team he has brought, “Is this what you want, to kill us all”. He knows that these people are being manipulated; he saw what happened at Woodbury and knows it can happen to them too.

In the background, Daryl, Maggie, Bob and the gang are working on handing out guns, gathering ammo and telling everyone that when in doubt get on the school bus. The bus will leave at a moment’s notice and it will be the only salvation for some, especially the young and weak, like Glen unfortunately.

The standoff continues, the Governor is now going ballistic, he is seeing red and grabs Michonne’s sword. He gets it ready and props it up to Herschel’s neck. At this point, I think I blacked out; I was losing it, my husband was telling me to calm the F down. Just then Herschel gets killed. His death reminded me of Ned Stark’s on Game of Thrones. It had the aspect of for one, killing off a beloved character in an unexpected way and secondly, it was done in the graces of a medieval style execution. Part Game of Thrones meets the Tudor’s Anne Boleyn. 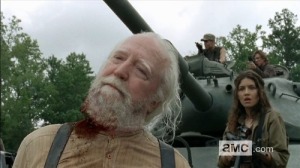 I am still sitting here reeling over his death. My sister was crying so loud, my mom called the next day to ask what the hell are you guys watching? LOL. Yes, that is the Walking Dead obsessed world we live in now.

Back to the episode at hand, after his death, that was it, all hell broketh lose at the prison. Everyone starts shooting, people start dying like flies and of course the walkers start to come out of every corner. At one point, Daryl throws a grenade into the tank, boom, down another person just like that. I need to write a letter to the TWD writers, please, please do not kill off Daryl.

My favorite scene though, hands down, is Lizzie saving Tyrese’s butt. How ironic? She was the one who killed his GF to save the team and now her knowledge that she has passed down is saving his ass. 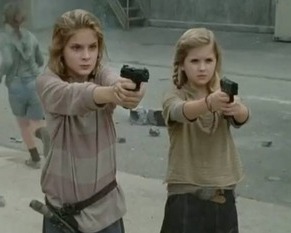 Instead of fleeing to the bus with the rest of the kids, Lizzie tells her sister, “we have to fight like Carol taught us and not be afraid,” and she gathers her wits and starts to battle with the adults. Tara’s lesbian lover is about to kill Tyrese, when Lizzie comes out of nowhere and shoots her in the face. Not only was she a great shot, she has now become the most bad ass kid ever.

The Governor proceeds to rip Herschel’s head off his body, this prompts Rick to attack him. The two of them fight it out, literally to the point where the Governor almost beats up Rick to death. Michonne being the smart cookie that she is, frees herself and with her trusty sword in hand and stabs the Governor in the heart. HALLELUJAH. I think I heard church bells ringing in the background. Ding, Dong, the wicked witch is dead! 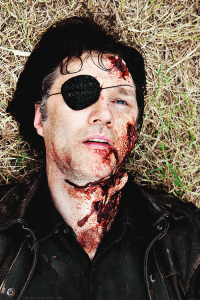 At this point, Lilly has come back, Meghan is dead and she is alone with the Governor who is dying. She grabs her gun and shoots him, did she do this to put him out of his misery or did she finally realize who he was? I think that she realized he was an evil person who had been lying to her this whole time and using her as a pawn in his game of destruction to rule the camp. Maybe she too, like Carol, will transform into a heartless, bad ass bitch. Here’s to hoping that it happens.

The bus then proceeds to take off and few are left at the prison. Karl finds Rick and they find baby Judith’s car seat laying in the middle filled with blood. Is she really gone or did someone take her on the bus? 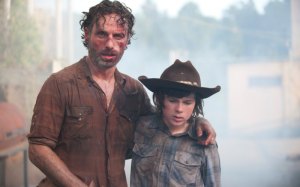 Honestly, as much as I was depressed about this episode, it was great writing because a show like The Walking Dead, cannot pussy foot around an issue, they have to deal with it head on, no pun intended, and show us that living an apocalyptic world makes people go crazy and live on edge. There are no safe walls; no prison is high enough for people to stay safe in this world.

Now, we must wait a few months until we find out what will happen next. I really do not know how we fans will get through this tough time. All we can do is mourn the death of Herschel and Meghan.

Herschel was a good man, a father, a friend, a confidant and a savior to many. He will be missed, but never forgotten. RIP Herschel.

So I guess Tuesday, spaghetti nights are off the table? 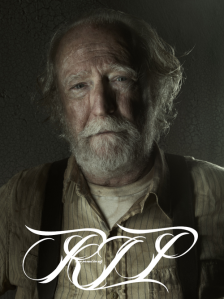