This week’s episode, “The Grove, “seemingly appeared to be a slower one at first glance, but soon turned into one of the most devastating episodes of the season thus far. This one focused primarily on Tyreese, Carol, Lizzie and Mika and their journey to Terminus. As discussed before, the show has been recently centering on character development and giving us insight into people who were never properly introduced before like Tyreese, Bob and Sasha and this one gives us a much in-depth look into the two little bad ass girls.

On their journey, we get a lot of scenes with Carol talking to the two girls alone and getting into their heads and seeing how this zombie apocalypse has affected them. Mika on the one hand is younger, yet she is filled with wisdom and does not want to have to kill walkers. Lizzie on the other, has already killed people and we are beginning to see that her vision of what the walkers are is a warped one. She believes they are another version of a human being and that despite not having any senses shouldn’t be killed.

Wait… So you are telling me that the kid that shot the lesbian girl in the head believes the zombies deserve to live? They have more self-worth than a living person?

Carol knows that she has an issue on her hands, so she tries to reason with them by telling them that her daughter ran and she didn’t survive. In order to live in this world, they must kill the zombies or they will suffer the same fate.

Tyreese throughout the episode talks about his girlfriend who died and every time he is telling Carol his stories, she appears to want to tell him the truth, but she keeps stopping herself. 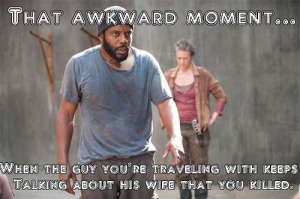 At one point they find a cabin in the woods. Pretty much idyllic with no walkers around them and get this…a stove that works. UMMM ok sure, Walking Dead producers, sure. What’s next is there a Starbucks down the road and is there DirectTV in the cabin too? Do you guys remember when the show Lost had all the amenities that a deserted island could ask for like peanut butter, beer and cookies.

But I digress, back to the story at hand, Mika tells the gang, that they should just stay and live there because that house is just so perfect. They have all the pecans and peaches they could eat and they can relax in their comfy chairs and Judith even has a crib in that joint.

At one point, while Lizzie is holding Judith outside, a walker comes out and Mika shoots it in the head. She realized then that she did have that switch that went off that told her to shoot a walker. Meanwhile in another scene, Lizzie runs off and finds a walker stuck in the tracks and starts feeding him mice. Mika tells her to stop and that it is not right and they are not human. 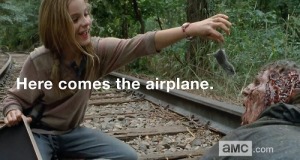 Lizzie was the person feeding the walkers rats at the prison. Ding ding!

Ok now this is where the show gets dicey. Ready for this? Tyreese and Carol go off walking to look for a deer to kill and upon coming back see Lizzie with her hands red with blood, Judith is laying on a blanket and Mika is dead. Lizzie killed her sister! She keeps on saying that they have to wait because she will come back and she tells them she was about to do the same to Judith too. 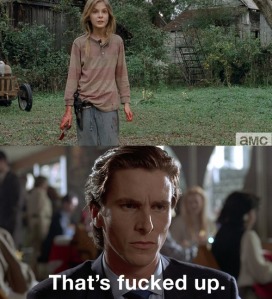 Oh boy this kid is nuts! Carol takes the weapon from her and tries to reason with her without being too distressed. Once inside Carol tells Tyreese that she will take her and they will leave separately because Lizzie cannot be around people. Carol takes her for a walk and Lizzie keeps asking her, “Are you mad at me, are you mad at me?” Carol tells her to look at the flowers and not worry about that, she takes out her gun and kills her. GASP!!!!!!!!!!!!! WTF.

Tyreese saw the whole thing unfold from the window and they are both distraught. Do you guys think Tyreese knew she was going to kill her?

Once inside Carol confesses to killing his girlfriend, it wasn’t anyone else it was her and she gives him her gun and tells him to do what he wants with it. He forgives her and knows that killing her is not the answer and that she will be the one to live with this on her conscious forever.

Throughout this episode we see the theme of remembering loved ones and being nostalgic for a time that once was their lives. This is mirrored by the theme that one must do what they have to in order to survive, even if it means killing one person to save the rest.

This was a very deep and sad episode. I am not sure if it was a filler because it gave us more to chew onto then the last few episodes. I am looking forward to the next final two which appear to really start to give us some more action and perhaps bring the group closer to finding one another. What did you guys think of this episode? 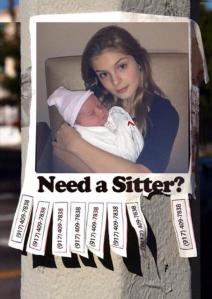