Eric just posted my first Shitfest entry. YES! Thanks Eric, you truly are a #baller. Reblogging it here in case you guys want to check it out.

A couple of weeks ago, I was super bored and I put my name in for a bunch of stupid contests from my local newspaper. To my surprise I won two tickets to see Jupiter Ascending. So last time I did this contest thing, I won tickets for Kill the Messenger. Bueller, Bueller, anyone seen that effing movie? Nope, because it was a piece of crap. 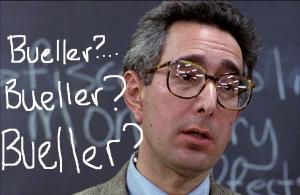 Knowing that I thought to myself, maybe I shouldn’t go see this movie, then I saw some more trailers and really thought wow, Melissa, you should not go see this crap movie. But being the nice person that I am, I invited one of my best gf’s to see it and she said, yes I will drop everything to see it! As much as I love her I thought dammit, now I have to go.

So we stocked up on candy and goldfish and I carried 2 sodas and a water in my purse and got in line an hour before the movie started. 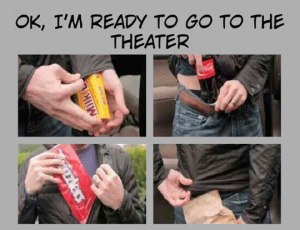 OMG, the people in that line were NUTTY to say the least. Apparently, there are a bunch of people out there, all weird as hell who thrive on these free movie contests. These three really odd, eccentric women started talking about hating pretty much anything mainstream out there and how they refuse to pay for HBO or Starz or anything like that. Mind you I am in the middle of them, my arm hurts from lugging all the smuggled sodas. Then my friend finally shows up and we are just stuck there listening to these people bitch about everything. At this point, I am over it I want to go home, but screw it my best buddy is here and we will make a night out of it.

We finally get in and the place is packed. It’s like a giant party of weirdos  and rejected Comic-Con people in there. But we are good we got our snacks and 10 dollar popcorn that I gave in and bought because it just smelled too good.

Then my friend said that the whole theater smelled like a roller rink. Remember those? My young friends out there (Zoe, Natasha, Anna) probably don’t remember, but those places smelled like old socks and BO. I really wish she had not said that because that’s all I could focus on.

The movie starts after a million previews as usual, and we cannot see the movie, it looks all fuzzy. I thought everyone was about to riot in there, people started going crazy. The movie is in 3-D and they forgot to give us glasses. So then they turn the lights back on, pass out glasses to every single person in the theater. Oh god! They turn the movie back on and we have to watch the previews again. At this point, this movie better be Oscar worthy, because it is a Monday and it is just too early in the week to deal with this crap.

On to the movie, Jupiter Ascending is the worst movie of 2015. It is only February, but I am sure it is the worst.

The movie is about a girl named Jupiter Jones (Mila Kunis), her Russian father named her that because he liked planets. The father is killed and I couldn’t tell you why these Russian people came in and shot him, and now the mother is left to raise her alone.

Her mother and her clean toilets for a living. Out in space there a bunch of people fighting for mother Earth. Those are the two sides of the stories, Jupiter who is on Earth and the people in space who want to utilize Earth for nefarious things.

This pretty dude Titus, his sister Kalique (Tuppence Middleton) and brother Balem (Eddie Redmayne) are all part of the Abrasax family. That pretty guy hires Caine Wise (Channing Tatum) to find the special person on Earth who is actually the mother of those space people re-incarnated. Uh huh sure, still with me. I am sure you guys can guess who it is.

Caine is actually a half-man, half dog person and Jupiter tells him she really likes dogs, so yeah it’s a match made in heaven. He takes her to see Stinger (Sean Bean), he used to be a fighter in space and now he lives on Earth with his daughter, in a place filled with bees. The bees are attracted to Jupiter because it turns out she is really Queen Abrasax. When Caine and Stinger see this, they realize they need to save her because her space children actually want to kill her and take her throne.

Turns out Balem, since he is the oldest should actually get throne next, but his brothers and sisters want it too.  Balem is a bad guy, I mean they all are, but he has a bunch of dragons slash dinosaur minions doing his dirty work. So when he sees Jupiter, who he believes is his mother, he wants to kill her because apparently a million years ago she tried to kill him. HUH? What the hell was going on, I still really don’t know. In fact, towards the end I was falling asleep and ready go to home and the 3-D glasses were giving me a headache. 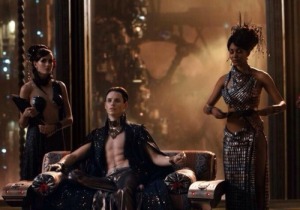 From there I don’t know what the hell happened. The whole movie was action sequences that were superfluous and pointless and nothing really made sense or tied together. The only thing I enjoyed was seeing this pretty, pretty man.

I know the Waschoiski duo who did the Matrix films did this, so you would think it would be halfway decent, but it just didn’t work. I think they were trying to hard to be cool like Guardians of the Galaxy. The graphics and 3-D component of the film were really well done though, so I will give them that kudos.

Everything in this movie reminded me of something else… in space. 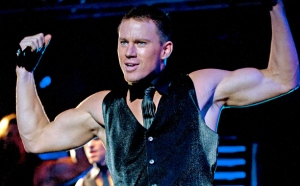 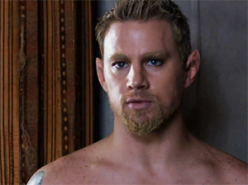 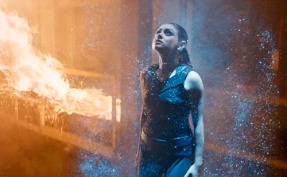 The logo on the barrels in Breaking Bad in space

The girl from Belle in space

A girl who has hair like Lana Waschoiski in space

When we were walking out we did get these Game of Thrones poster. That is now sitting on a box in my spare room and will be there probably for the next year because I have no idea what to do with it. Whatever you do, don’t waste your money or time on this weird movie.