In Jon Krakauer’s book Into Thin Air: A Personal Account of the Mount Everest Disaster, he says that “Attempting to climb Everest is an intrinsically irrational act – a triumph of desire over sensibility.” This statement is perfectly understood and put into perspective in the film Everest, directed by Baltasar Kormákur, which depicts the events that occurred in the fateful 1996 Mount Everest expedition. The desire to reach the summit overtakes many of the climbers, as they spare all rationale reasoning at many points of endangerment for the ability to reach the top.

I saw the film in IMAX 3D and it encapsulated the grandness of Everest in every scene. The cold air and ice chips coming off the mountain looked dangerously frightening, yet breathtakingly beautiful. In fact the entire film looked like it came straight out of a National Geographic documentary. 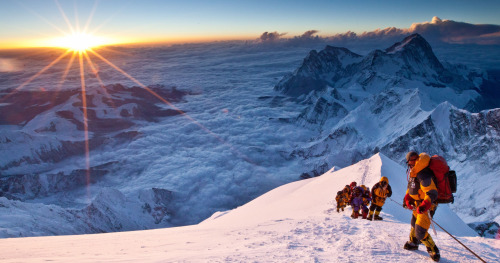 The story is centered on the two expedition leaders and their groups who have come from all over the world to try to conquer climbing and reaching the top of Mount Everest. Rob Hall (Jason Clarke) is the leader of Adventure Climbers and as his rival puts it, is the type of guide who walked his group through every motion up the mountain. Scott Fisher (Jake Gyllenhaal) on the other hand is more of the wild man, drinking scotch in his coffee cup at base camp and one who firmly believes that if a climber can’t get up to the top, then they shouldn’t be on the mountain.

From there we get the stories of many of the climbers, there is Doug Hansen (John Hawkes) the mailman, Yasuko Namba (Naoko Mori) the quiet woman who had already climbed 6 of the tallest peaks and the fierce Texan Beck Weathers (Josh Brolin) just to name a few. Also on the expedition with Hall is writer Jon Krakauer (Michael Kelly), who is there to do a piece on them for Outside magazine.  At one point Krakauer asks everyone why they are there, why would anyone want to achieve such an impossible mission? They all seem to keep that answer close and laugh it off, but it is obvious that what motivates them is that desire to teeter between life and death, between a world that can be grasped to one that only few have ever seen.

Throughout the film, we also get the stories of Hall’s wife, Jan (Kiera Knightly) who is at home stressed and pregnant and Weather’s wife Peach (Robin Wright) who seemingly feels off about her husband being away on his expedition. They both expressed that foreboding feeling and we could see that their women’s intuition was sounding off with their husbands being away. As many of the climbers put it, these climbing expeditions tear wedges between families, but with these two ladies we see that as impossible.

The film was beautiful as I mentioned before, I was on the edge of my seat for most of the film, even though I knew what was going to happen. Each time they crossed a crevasse on what appeared to be a ladder that was shaky, I felt myself holding my breath. I liked how they showed when they would cross ridges and mountain edges that it appeared they could fall off at any second. 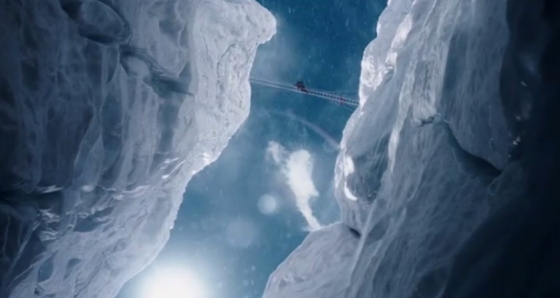 Some of the best acting came from Emily Watson who played Helen Winton, the base camp mother and the one that Hall had to communicate with for information. The sense of desperation and at the same time hope could always be seen in her eyes. Clarke really carried most of the film and was fantastic. Gyllenhaal always delivers for me, but I felt that he was barely in the movie. I would have liked to have seen more of him and his team. 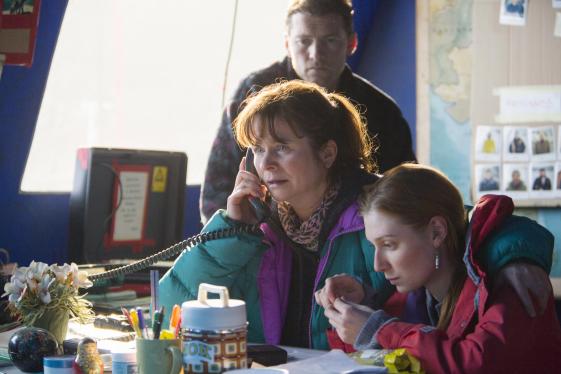 Brolin and Hawkes were really good in this too; I couldn’t stop focusing my attention on them. It was nice to see Sam Worthington as guide Guy Cotter back in action. I feel like he is barely in any movies nowadays, which is a shame because when he is given good material he is a great actor.

I thought Everest was a good movie, not great and not horrible. What I disliked about the film was that at some points, there were just too many characters and their stories going on at the same time. I would have liked it to been a little more focused. The movie is two hours long and I believe much of that time is taken because much of the movie is spent showing us the mountain. The cinematography for the film was wonderful and many of the shots were magnificent, but I believe that is where we lose much of the fact that this is a movie, not a documentary about Mount Everest. If the film had been tightened up a little more, with a firm and cohesive storyline, it would have been off the charts great.

This movie was a treat to see in theaters. But now that it is on DVD it is worth a watch if you are a fan of drama and adventure stories.